Blanked sailings of container lines account for about a quarter of all sailings on the Asia- US West Coast shipping route due to port congestion and delays.
container-vessels-at-Los-Angeles-Long-Beach-ports 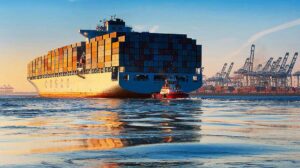 Port congestion at the Port of Los Angeles and Long Beach

According to analysts Sea-Intelligence, the number of blank sailings accounts for about a quarter of all sailings on the Asia- US West Coast shipping route due to port congestion and delays leading to many blank notices to adjust capacity.

Blank sailings are often used by shipping lines to manage capacity when demand is down, as was very effectively done in the first half of 2020 when the pandemic hit. However, the increase in blank sailings in 2021 was driven by short-term capacity adjustments as carriers omitted calls to congested and delayed ports.

Sea-Intel reported an upward trend in blank sailings on the Asia-US West Coast shipping route, up to 28.4% in week 44. The analyst notes that this cannot be attributed to China’s Golden Week as the actual number of salings decreased during this period.

Sea-Intel CEO Alan Murphy said: “For the upcoming 12 weeks, the percentage of capacity blanked is scheduled to decline sharply, which is expected. This is because these blank sailings are not due to capacity management, but rather due to the carriers being forced to blank sailings, as a result of port congestion”.

“This means that sailings will mostly not be blanked in advance, but will rather be the operational result of vessel congestion and delays, which cannot be known that well in advance, especially on a trade with a relatively short round-trip time.”

The long queues of container ships at key US West Coast gateway ports like Los Angeles and Long Beach continue to worsen.

On Monday and Tuesday this week, the Southern California Maritime Exchange reported that 101 container ships were waiting to dock at two ports with 30 vessels waiting within 40 miles, and 71 vessels slowing or loitering away from ports to 1,000 miles.